In the Courtyard of the Historial of the Great War at Péronne. 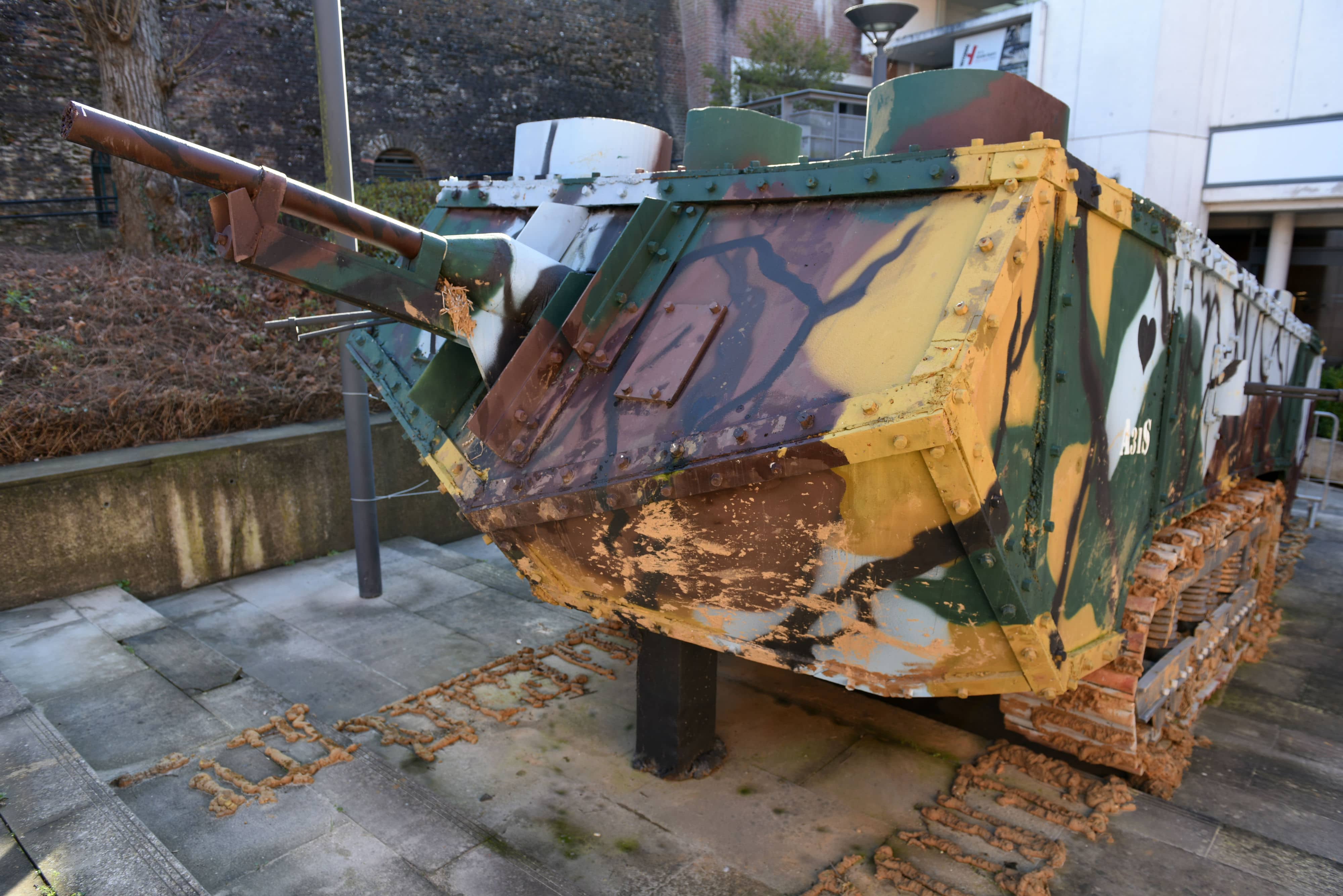 Commemorating the Great War and creating a “buzz”

In order to join in with the commemoration of the Great War Centenary, Thierry Duponchel, a teacher from Le Corbusier vocational college in Tourcoing, came up with the idea of recreating a life-size World War One tank with his students. Simultaneously, he aimed to commemorate the war while also raising public awareness around the qualification in graphic and décor design his students are studying for.

The Saint-Chamond tank as an ideal subject

Of a simple but effective design, the Saint-Chamond tank quickly mastered the battlefield. It was the second assault tank produces by the French Army during the First World War and was heavier, and longer than its predecessor, the Schneider CA tank. 400 of these new tanks were produced by the foundry and steelworks factory in Saint-Chamond.
This tank, nickname “Mon P’tit Quinquin” also belongs to the history of this vocational college, located in the Nord region of France. Indeed, it was used in the Flanders Fields battles during the Great War. None of the original tanks remain today, but a second-generation version is on display in the Saumur armoured tank museum.

The students have been learning to design promotional products, and applied these skills to draw up digital plans of the tank. Then, they spent 3 months building a 1:10 model of the Saint-Chamond before proceeding to the final build. The tank now on display was finally painted with camouflage. Today, it stands at 3 metres high, for 9 metres in length and 2.5 metres in width.
Initially on display in Roncq during the second edition of the town’s “Retro Mécanic” event, it was then taken to Tourcoing for the 11th  November commemorations and displayed in the City Hall.
It is now presented in the Historial de la Grande Guerre’s courtyard and will remain there for the duration of the Centenary commemorations.